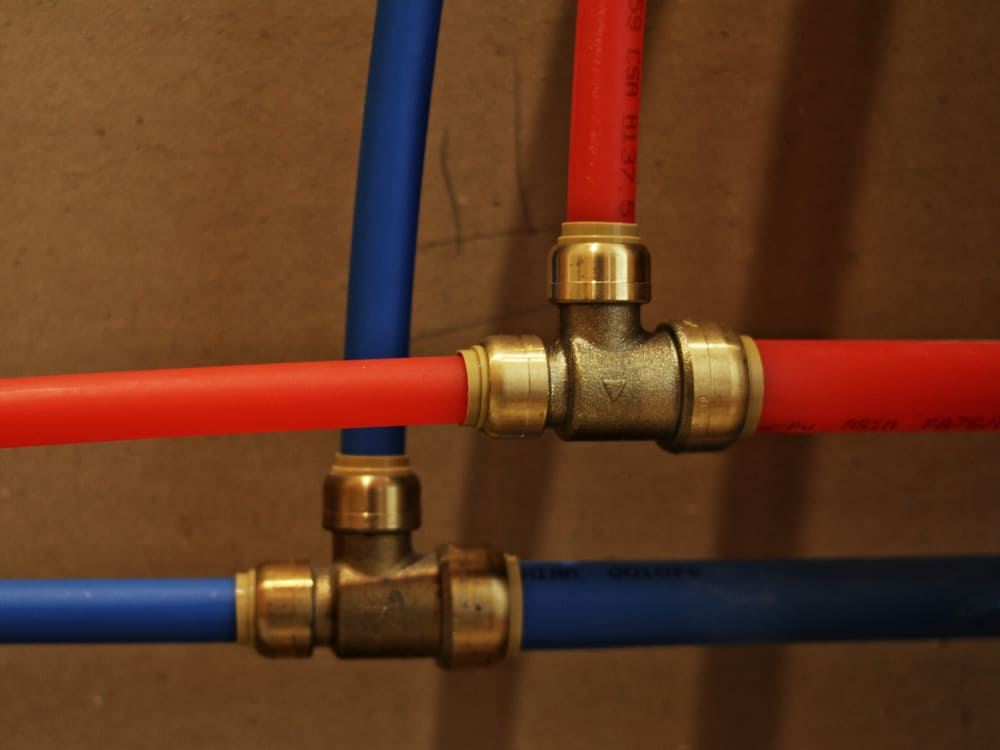 Cross-linked polyethylene, or PEX, pipes are a type of flexible plastic piping that’s easy to use. This makes it great for DIY projects, especially for indoor plumbing and heating. But can you use it outdoors, buried underground?

Yes, you can use PEX underground. All major model plumbing codes in the US allow PEX piping underground, and it’s often an easier, more affordable option than traditional metal or PVC piping. You can also use it in and under concrete.

PEX is a somewhat recent development, only becoming available in the US in the 1980s. Until then, underground plumbing used metal like copper or polyvinyl chloride (PVC).

Because it’s a newer material, it’s understandable if you have questions about its use and safety for underground work. The good news is that PEX is safe for use underground.

Professionals across the country also highly recommend it over other types of pipes. It’s less prone to corrosion, bursting, and it’s more cost-effective.

PEX is also BPA-free, manufactured to meet the top national standards in the US, and rated for direct burial as well as hot and cold potable water plumbing.

Can You Use PEX Fittings Underground?

Yes, you can use standard PEX fittings, used to connect the pipes, underground, although using longer lines of pipe is a better option.

PEX crimp rings and PEX clamps most often contain stainless steel or copper, which can corrode underground. Stainless steel is better than copper because it’s more resistant to corrosion.

You should use brass or plastic fittings if you have aggressive water or soil, and dezincification-resistant brass is best.

To use PEX with your water meter, you will need a specialized fitting. Look for a water meter coupling that matches the size of your PEX pipe.

You also need to use a water meter mounting bracket if you’re using PEX. Many building codes don’t allow PEX pipes to support water meters by themselves.

It’s important to use pipes with the right diameter for your water lines to get adequate water flow and pressure. Ideally, you want to use 1/2-inch or 3/4-inch PEX pipe for your main water lines.

You can go up to 1-inch PEX pipes, but you may find your water bill is higher. If you want to conserve water, use the smaller sizes.

If you’re using manifolds, your pipes should always be the same size or smaller than the valves, never larger.

Because PEX is a type of plastic, it can bend in ways that solid PVC or copper piping can’t. This makes it easier to install it underground around any obstacles.

This makes PEX less prone to leaks because you can lay it in large, continuous pieces. It’s also cheaper to ship (since it takes up less room) and can be a cheaper material to buy overall. PEX costs a fraction of copper pipes.

The flexibility of PEX also means it’s much less likely to burst or freeze than hard pipes. PEX expands and contracts due to temperature, but its flexibility means it’s more resistant to breakage.

When the temperature gets too high or too low, metal and PVC also expand and contract. However, because they’re rigid materials, these pipes will break in less extreme temperatures than PEX.

While PEX is great for amateur plumbers, using it underground still requires some skill and knowledge.

You should bury your PEX pipe at least 12 to 18 inches below the frost line of your area. This will prevent the worst of any contraction from cold. Consult your local building codes to determine your frost line in your area.

Insulating PEX pipes isn’t typically a code requirement, but it can extend the life of your piping. No method of piping is freeze proof, and even with its extra flexibility, PEX piping can still burst.

Foam is a good insulator because it’s flexible just like the PEX and can fit into the same small or awkward spaces. You should also insulate hot-water PEX piping if you’re using it for in-slab applications.

When buried properly, PEX can last underground for decades. 40 years is on the higher end of the average lifespan, but most manufacturers of PEX include at least a 25-year warranty on their products.

Best Types Of PEX To Use Underground

There are three PEX types: PEX A, PEX B, and PEX C. Both PEX A and PEX B are good to use underground, but you should only use PEX C for hydronic and radiant heating.

PEX A is made through the “Engel” process. Oxygen mixes inside polyethylene before the pipe shape is formed, which makes for a stronger bond. This is the softest and most flexible of the PEX types.

You can use PEX A underground, but because it’s softer, it’s not as good as PEX B for underground applications.

PEX B is made through a silane process (also known as steam or moisture cross-link) after it’s formed into a tube. Then a silane-catalyst steam creates the cross-links that define PEX.

This process makes it more rigid than PEX A; it’s not as flexible, but it’s more durable, especially in freezing temperatures. It’s less likely to burst and less prone to leached chemicals.

PEX B is the best option for underground PEX plumbing.

This type of PEX is formed using gamma radiation or electron beams and is more rigid than PEX B. It’s too stiff to use underground; it’s more likely to crack and burst than the other two PEX types. You should never use PEX C underground.

Although PEX pipe can be buried, PEX fittings aren’t as suitable for use underground. You should try to lay your PEX pipe underground in one uninterrupted line. Its flexibility makes this easy to do, and it’s less labor-intensive.

You can still bury some types of fittings, but be aware that copper is not ideal. Copper is common in PEX crimps.

Copper PEX crimps are more susceptible to expansion and contraction due to temperature changes, which can lead to leaks in the connections. Cold expansion fittings are better at handling temperature fluctuations, but you can only use them with PEX A pipe.

Stainless steel is another common material for PEX fittings, like clamps. It’s more resistant to corrosion and expansion, so it’s a better option for underground use. Brass and plastic are also good at resisting corrosion, but they aren’t as common for purchase.

Longer lengths of PEX also keep you from having to worry about leaks or breaks from buried fittings. If you do need to use fittings, though, they’re easy to both apply and remove from your pipes.

Can PEX be buried in concrete?

Yes, you can bury PEX pipes under concrete and even seal it within concrete slabs but you must protect them. You need to use sleeve tubing at the point through which the pipe passes through the slab. This protects the pipe from abrasion from the rigid concrete edges.

The Plastic Pipe Institute even supports the use of PEX fittings under concrete and in-slab application, although it’s still a good idea to use as few fittings as possible to reduce the risk of leaks.

Can you use SharkBite on underground PEX?

SharkBite push type fittings are perfectly safe to use underground. They’re made of brass, meaning they’re durable and safe for your drinking water.

The company does require that you wrap their fittings with silicone tape. This creates another layer protection for the fitting and your water, and it’s a requirement for the company’s warranty protection.

You can also use the push type fittings like those from SharkBite to connect your PEX to any PVC piping you might already have in use.

What color PEX can be used underground?

PEX is available in different colors – namely red, blue, and white – which you can use to color-code the jobs of each pipe. You can use any one of these colors of PEX underground.

While not a code requirement, many plumbers use red PEX for hot water, blue PEX for cold, and white PEX for general purpose. Having these colors means you can easily identify which pipe is which just by sight.

Can PEX be used outside?

One of the few downsides to PEX pipes is that you should not use it in open-air applications outdoors. PEX does not withstand UV rays as well as other pipe materials and it will only last a few months at best before failing.

There are ways to protect your PEX from UV rays, but it’s best to use it for indoor or underground applications.

PEX is a cheap, versatile, and easy-to-use material for both plumbing and radiant heating. One of its many benefits is that you can install it underground with no more effort than metal or PVC pipes.

PEX B is the best type for underground installation, but you can also use PEX A if necessary. You can bury both types safely and easily, even with concrete. Whichever type you choose, underground PEX can last for years to come.