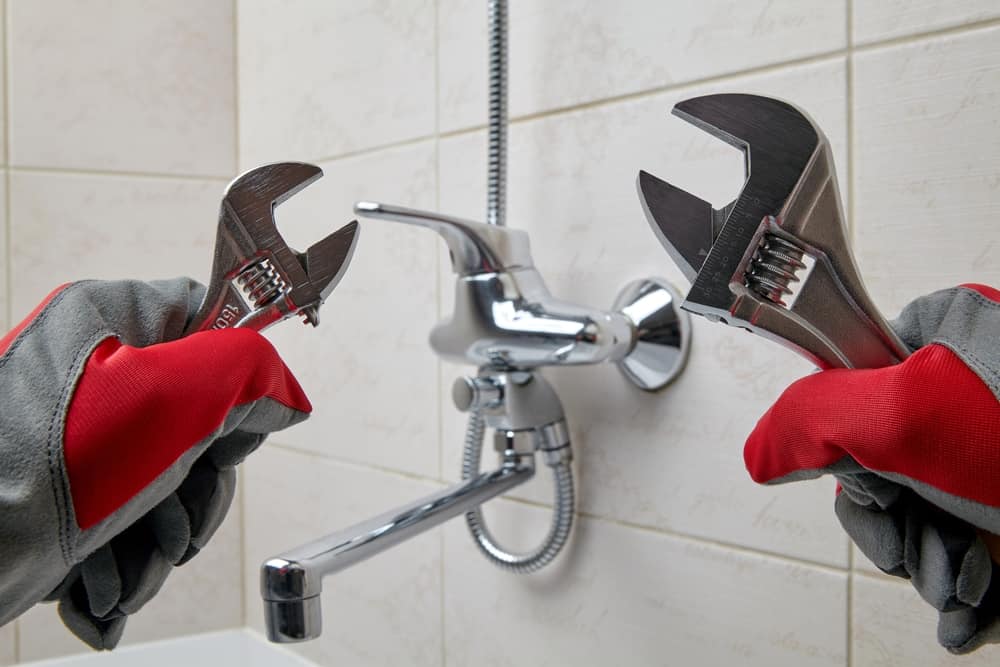 Have you got yourself a new Kohler shower? In addition to replacing the handle and showerhead, you also have to replace the valve. Installing a Kohler shower valve is easy as long as the shower rough-in is done. This guide will show you how to do it like a pro.

Thanks to the markings on the valve, the Kohler shower valve installation is quick and effortless. You have to attach the valve to the support framing first, attach the elbows and adapters, install the plaster guard, and the other shower spout parts. When done, turn the water on and check for leaks before closing the wall.

How to Install Kohler Shower Valve

Kohler is one of the most popular shower manufacturers on the market, thanks to its reliable and easy-to-install valves. Currently, the brand’s showers come with a next-generation Rite-Temp valve designed for easy adjustment of the water temperature. Thanks to its universal pipe connections, you can install this valve type easily in new and old homes alike. Here’s how.

If you’re installing the Kohler shower valve in new construction, you have to prepare the site by installing a 2×4 piece of lumber between the wall studs behind the shower. If you’re replacing an old shower, you can use the old shower’s support framing.

One of the easiest ways to install a Kohler shower valve is by installing the rough in beforehand. This is only possible in a new shower since the rough-in would be already installed in an older shower stall.

Measure two lengths of copper pipe that go from the floor to the shower valve and another length from the valve to the showerhead.

Cut the pipe to size and assemble the shower plumbing tree using appropriate-size tees and elbows. Seal all joints with thread sealant, or you could use solder to prevent leaks.

Kohler shower valves come with integrated screw holes for easy installation. Thus, all you have to do is place the plumbing tree in position and level it up. Fasten the shower valve to the support framing with the screws included in the pack.

Note: The installation steps above refer to a new rough-in installation. If you want to replace an old shower valve with a Kohler one, you have to turn off the water supply to the bathroom and drain the pipes. Remove the old shower handle, escutcheon plate, and stem, then remove the valve from the pipes. Replace it with a new Kohler valve and seal the joints. You can then proceed to install the new cartridge and shower handle trim.

Another part Kohler shower valves have is a test cap that allows you to pressure-test the system before installing the cartridge.

You can only install the test cap in one position. Fasten it with the included screws and cap the shower and bath spouts to prevent leaks. Then, you can slide on the rough-in guide template to complete the installation.

You can now turn on the bathroom shut-off valve if you want to test the pressure or install the drywall and tile the shower.

Once you’ve finished the shower wall, cut the rough-in template so that it doesn’t protrude. Kohler manufactures one-piece shower cartridges that are very easy to install.

Simply align the cold side of the cartridge (marked with the word cold) with the cold water pipe. Remove the test cap and place the cartridge on the valve. Secure it with the included screws. You can now proceed to install the shower trim and complete your installation.

Where Should A Shower Valve Be Set?

The shower valve should be set behind the shower handle and cartridge inside the wall. To rough in a shower in a thin wall, you should use a low-profile shower valve, such as the Kohler Rite-Temp.

Because the valve is installed inside the wall, it is generally not possible to replace it without disturbing the surrounding tile and wall unless you purposely leave a gap for easy access.

If you decide to leave a gap, you can conceal it under a larger escutcheon plate. Always seal the escutcheon plate edges with transparent silicone caulk to prevent water from leaking under the plate and inside the wall.

How Far Should a Shower Valve Stick Out From the Wall?

The shower valve shouldn’t stick out from the wall – it is always installed inside the wall during the rough-in stage, and you have to remove the shower handle, escutcheon plate, and cartridge to access it if you want or have to replace it.

How High Should A Shower Valve Be From The Floor?

Installing the valve at a different height is possible as long as you maintain the distance from the valve to the showerhead between 24 and 44 inches.

Installing a Kohler shower valve is undeniably easier if you’re just building the shower stall. During the rough-in stage, you can mount the plumbing tree first for a quicker and mess-free installation. However, that doesn’t mean that you can’t replace an old shower valve with a Kohler one. We hope this guide can help you install a Kohler shower valve like a pro in both situations.