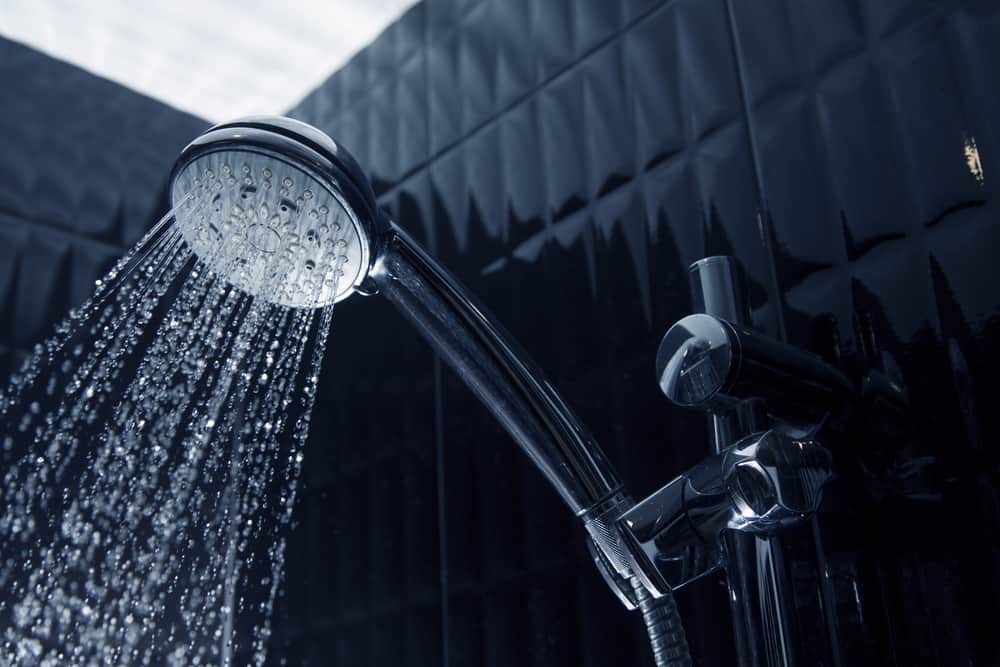 Ever turned on your shower and got greeted by a loud, disturbing sound? Now, you’re most likely telling yourself things like: “My shower sounds like a machine gun. Is there something I can do to fix this?” While rattling pipes are a cause for concern, you might be able to fix the problem yourself.

A pressure differential issue on the hot and cold side of the faucet’s balancing mechanism is one of the most frequent reasons why your shower sounds like a machine gun. Loose supply lines could also cause a banging sound, or the culprit could be your plumbing’s air chamber or loose or faulty cartridges.

Why Does My Shower Sound Like A Machine Gun?

Plumbing systems can sometimes put off a variety of concerning sounds. A loud rattling similar to a pressure hammer or machine gun is generally the result of one of the following factors.

Water pressure imbalances are frequent in all plumbing systems. Sometimes, such an imbalance can lead to a phenomenon called water hammer.

When the valve closes abruptly, the fast-moving water slams against the closed valve from where it bounces to the side of the pipe. This abrupt movement causes a surge in pressure which, in its turn, causes the pipe to jerk and slam against other pipes or the wall, causing the machine gun sound.

As mentioned above, when you turn on the shower, the valve allows the water to travel at high pressure. If the pipes are loose, the fluid will move the pipes, causing them to slam against each other or against the wall framing. There are several ways to fix the problem without hiring a plumber.

If you’re not familiar with plumbing systems, you should know that most plumbing lines have air chambers designed to cushion the shock waves created by the water coming to a stop when a shut-off valve closes. In a plumbing system that functions as expected, these air chambers prevent the pipes from slamming against each other or the wall framing.

However, the air chambers can sometimes become waterlogged due to worn-out valves or leaky pipes. When this happens, the pipes are left with no cushion to prevent the shockwaves from colliding inside the pipes. The water lines will become wobbly and emit an annoying sound.

Waterlogged air chambers can cause major damage to your pipes, so you should investigate the cause of the noise and fix it promptly.

Damaged or clogged faucet cartridges can also cause loud machine gun sounds. Whether you have to replace a worn-out washer or need a new faucet, this is the easiest to fix the problem.

How To Fix A Machine Gun Shower

The first step to fixing a machine gun shower is identifying the culprit. Once you’ve done that, here are a few quick fixes.

Replace the faucet washer or cartridge

A shower that sounds like a machine gun could have you think of the worst-case scenario, but more often than not, the culprit is a worn-out washer. You can easily get rid of the noise by replacing the washer (or the entire cartridge). Here’s how to do it:

There is no need to go in full panic mode if a new washer or cartridge doesn’t solve the issue. Before trying out anything else, check if it’s the air chambers and, if it is, fix the issue.

The easiest way to do that is by creating new air chambers. To do that, you’ll have to drain your water lines.

Most water supply lines in your home should be fastened to the wall studs with pipe straps. The normal movement of the pipes as water travels through them could cause the straps to come loose.

Fixing this issue is very easy; all you have to do is to tighten the loose straps. However, finding which strap is loose or accessing it in a confined space could be challenging. A quick fix is to stabilize the pipes with fire-rated expandable foam.

If you’ve tried everything above, but your pipes still make loud noises, you could solve the problem by installing water hammer arrestors.

These devices are essentially air-filled cylinders designed to absorb the shocks in the same way air chambers do. Most hammer arrestors are easy to install to the tee between the water supply line and shut-off valve.

If you’re only experiencing the sound when running the shower, install two arrestors, one each for the cold and hot water valves. You can install more if the pipes also make sounds when you’re running other faucets or using appliances.

A shower that sounds like a machine gun is often distressing, but fixing it is generally easy and inexpensive. We hope this guide has helped you find the culprit but remember when in doubt, the best thing to do is to call in a qualified plumber.