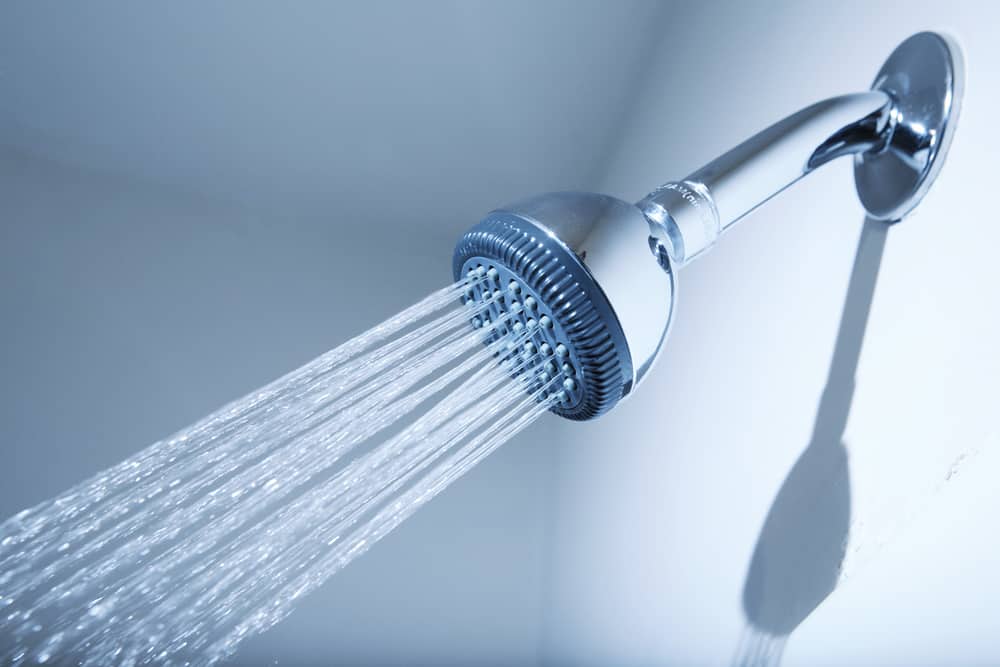 When roughing in a shower, installing the right water lines is crucial, especially in a shower and tub spout combo installation. PEX lines are often used instead of copper, majorly to keep costs low. However, if you don’t read the instructions, you might also use PEX tubing for the tub spout drop. And this could lead to shower leaks when you’re using the tub. So, how to fix this?

The most common reason your shower leaks when using PEX to shower head is the build-up pressure caused by the small tube diameter. This pressure builds up when using the tub spout and is hard to fix. You’ll have to replace the PEX line with a copper pipe in most cases.

Can You Use PEX From Shower Faucet To Shower Head?

In fact, a quick look at the installation instructions that come with tub and shower valve kits shows that all brands warn against using PEX to the tub spout drop.

The reason is the smaller diameter of the PEX tubing that could cause high build-up pressure even when the diverter is closed. This would lead to water dripping from the shower head when using the tub spout.

However, you should keep in mind that there are other reasons why water may be leaking from the shower head when you’re filling the tub.

A clogged or faulty diverter may remain partially open when using the tub spout, causing the water to leak from the shower head. The same could happen if the distance between the tub spout and shower valve is too short or too long. For this reason, you should check the diverter first and then the distance to rule out these possibilities.

PEX tubing is often used for water lines because it’s easy to run through the walls and generally simple to work with. However, there are a few issues you should be aware of:

How To Fix A Leak Caused By PEX To Shower Head

If you have a PEX rough-in and the shower head leaks, there are a few different ways to fix this. Check them out below.

One of the easiest ways to fix the problem without cutting the wall is by replacing the length of pipe extending from the valve to the bath spout.

As explained above, you can use PEX for the hot and cold water lines that go to the valves and for the line that goes from the valve to the shower head. However, the bath spout should connect to a copper or iron pipe.

To do that, remove the tub faucet and the PEX nipple connecting to the valve. Replace it with ½-inch copper or iron pipe.

Use A Larger Diameter Tube

The only right way to fix this is by replacing the water line to the shower head – this often means that you’ll have to cut the wall.

If you want to use the PEX line, choose ¾-inch PEX. While the line going to the shower head requires a smaller diameter, remember that PEX lines have a smaller internal diameter compared to copper or iron. Hence, the need for a larger diameter pipe.

Otherwise, you can replace the PEX line with ½-inch copper tubing.

To prevent leaks from the shower head, it is best to avoid using PEX when installing the plumbing tree. Copper pipes are the best choice for a shower rough-in.

If your plumber used PEX and your shower leaks, you could replace the entire rough-in. This involves cutting the wall and replacing all shower lines, including the hot and cold water connections and the line that goes from the shower valve to the shower head.

A temporary yet inexpensive quick fix, if you’re not skilled enough to replace the shower installation yourself or don’t have the budget for a large job, is to install a shut-off valve on the shower head. This valve allows you to stop water flow to the shower head when you want to use the tub spout.

In most cases, you should have enough space to install the valve on the exterior line going to the shower head and avoid cutting the wall.

Using PEX to the shower head is possible but not recommended. Copper pipes are your best bet to avoid future headaches. If your plumber used PEX and your shower now leaks, we hope this guide can help you fix the issue.