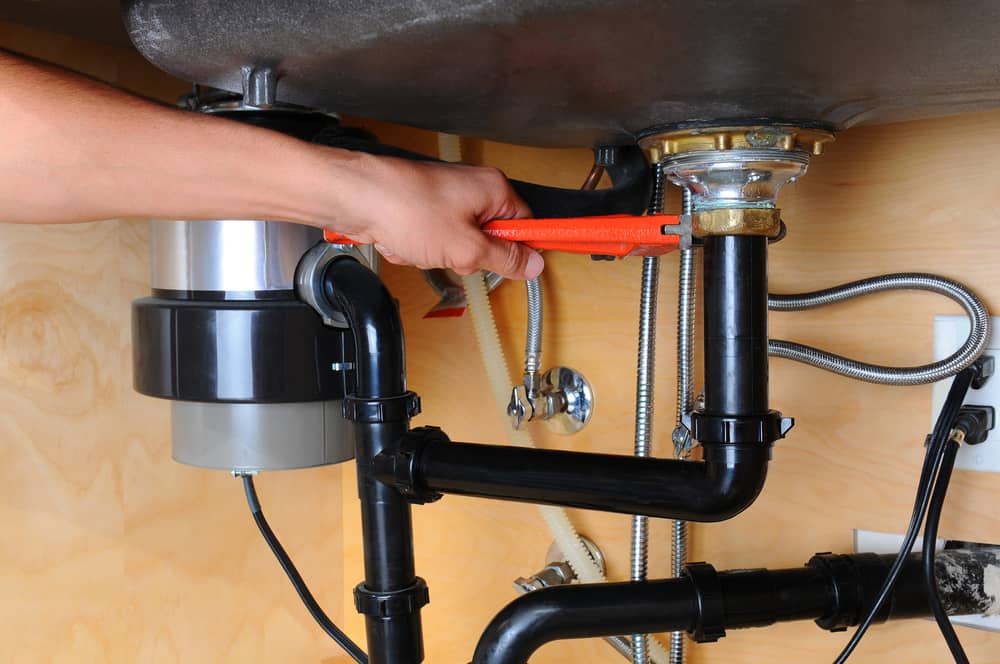 Plumbing codes require all fixtures connected to a drain to use P-traps to keep sewer gases out of the house. To do that, the U-bent pipe holds water to create a seal. However, the trap often holds more than that. Hair and debris can often plug the trap. Rogue objects may also end up inside – including that ring or bracelet you can’t find. Whether you have to clean the pipe or retrieve an item, removing the P-trap from the wall and sink tailpiece is essential. This guide will teach you how to do it.

How To Remove a P-Trap

Removing a P-trap from the sink tailpiece and the wall stub out shouldn’t be difficult if the trap is made of PVC. PVC fittings aren’t subject to corrosion, and you can generally unfasten them by hand. You may have to use a pair of pliers or a wrench to remove a metal P-trap, but the process is similar.

Here are five quick steps for removing the P-trap under your sink:

Most kitchen and bathroom sinks nowadays are fitted with PVC P-traps. This material comes with an advantage over metal: it doesn’t corrode, and it lasts longer. Because corrosion can’t get the coupling nuts stuck, these traps are also easy to remove.

The coupling (or compression) nuts connect each end of the trap assembly to the sink tailpiece and wall stub, respectively. When removing the P-trap from under the sink, you must unfasten and disconnect it from the tailpiece first. To do that:

Once you’ve loosened the nut, place the trap gently into the bucket or tray to prevent damaging the connection to the wall drain.

To remove the P-trap from the wall stub, hold the trap assembly firm with one hand and turn the coupling nut counterclockwise with respect to the wall stub until it comes loose. If the nut is overtightened or old, you might have to use a wrench or a pair of pliers for the purpose. Once you loosen it, remove the trap from under the sink.

You can now clean the P-trap, retrieve any lost items, or replace the assembly with a new one if necessary.

How To Remove A P-Trap Without A Wrench

Using a wrench to unfasten the coupling nuts is generally recommended because almost all homeowners have an adjustable wrench in their toolkit. However, this isn’t the only tool you can use to turn stubborn nuts that won’t come loose.

A pair of pliers is an excellent alternative when you don’t have a wrench at hand. If the tailpiece nut is hard to reach, a pair of slip-joint pliers might even be the only adequate tool you can use.

How To Remove A P-Trap For Pedestal Sink

Removing a P-trap from a pedestal sink requires some planning and the right tools, even though you have to follow the same steps highlighted above. In most cases, you will have to remove the pedestal to access the trap.

To do that, remove the pedestal mounting screws with an electric drill/driver and a suitable screwdriver bit. Then, slide the pedestal across the floor carefully until you have enough room to access the pipe. You can now place the bucket under the trap and loosen the coupling nuts to remove it.

How To Remove A P-Trap Toilet

While most toilets are equipped with S-traps that drain directly through the floor, some toilet models use a P-trap instead. Because the trap is built inside the toilet bowl, there is no reason to remove it from the wall drain unless you’re trying to unclog the main drain pipe or want to replace the toilet. To do that:

How To Loosen PVC P-Trap That Is Stuck?

PVC P-traps are generally more resistant than metal ones, but wrenches or pliers could damage them. Even if the PVC couplings are stuck, you should still be able to loosen them by hand:

Why Remove a P Trap?

There are three main reasons to remove a P-trap:

How do you remove a glued P-Trap?

To remove a glued PVC P-trap, you have to cut it off the tailpiece and drain pipe:

How do you loosen a metal P-Trap?

Removing a metal P-trap that is rusted or corroded is often challenging but not impossible. For an easy removal:

Removing a P-trap from under your sink is very easy. More often than not, you’ll be able to unfasten the PVC nuts by hand. An adjustable wrench or a pair of pliers could help you if the nut is truly stuck. We hope this guide can help you complete the task, but don’t hesitate to hire a plumber if you’re in doubt.