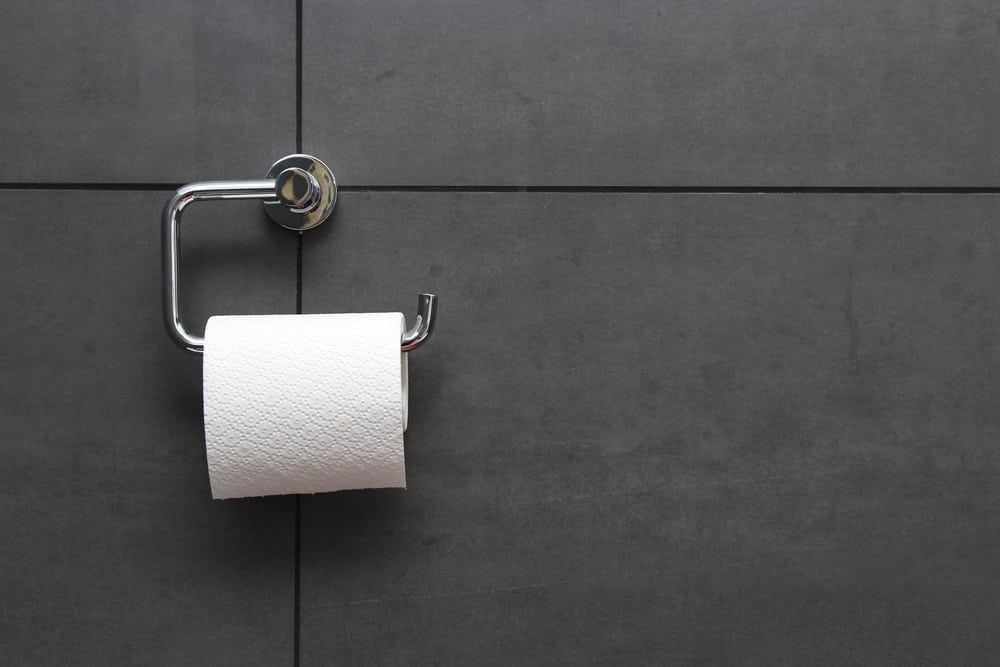 Small fittings, such as a shower basket, towel rail, soap dispenser, or toilet paper holder, are essential items that make our bathrooms more comfortable. However, they are not made to last a lifetime, and sometimes, you may even want to change an outdated model. Most of the time, all you have to do is unscrew and remove them. But what if there are no screws?

Is It Possible To Remove Toilet Paper Holder With No Screws?

Yes, you can remove all types of toilet paper holders. Before getting out the heavy guns, it is worth checking if your holder doesn’t have hidden screws. Some toilet paper holder models are screwed to the wall, but the fasteners are hidden under a plate for aesthetic reasons.

If there are no plates in sight, you should find out how the holder was mounted. There are four major holder types:

How Do You Remove A Toilet Paper Holder Without Set Screws

As explained above, to remove a toilet paper holder without set screws, you must determine what type of holder you have. Once you’ve done that, follow the appropriate method below.

Ceramic toilet paper holders are almost always installed on a tiled wall. Before removing your holder, you should remove the grout around it with a putty knife or grout removal tool to prevent damaging the adjacent tiles.

Put on protective equipment and use an electric rotary cutter to cut the ceramic holder in halves or quarters. Because a toilet paper holder is generally thicker than tile, you may need to apply more torque and be patient during the process.

Toilet paper holders glued to the wall are either mounted with heavy-duty glue or with an adhesive pad. You can remove both types of adhesive easily when heated.

Put on protective equipment and plug in your heat gun. Use it to heat the entire surface of the holder – move it left to right to ensure an even distribution of heat.

Once you’ve heated the surface, try to slide the tip of a putty knife between the holder and the wall. Tap its handle with a hammer to force the tool down and detach the holder.

Contractors or builders encase recessed toilet paper holders in boxes fixed to the wall studs with screws. Caulk keeps the fitting flush with the wall. Use a putty knife to chip away the caulk around the holder’s outer edges, then pull the caulk strip out with needle-nose pliers.

Because you’ll have to use a chisel and hammer, you should protect the adjacent tiles with duct tape to prevent them from chipping.

Place a chisel behind an edge of the toilet paper holder and tap its handle with a hammer to force it in. Twist the chisel and start pulling. Repeat on the other edges until the holder comes out. You can now remove the wall box from the studs, removing the screws with a screwdriver.

These holders are the easiest to remove. Simply lift or pull the holder off its wall-mounted brackets, then unscrew the brackets with an appropriate screwdriver and remove them.

How To Remove Toilet Paper Holder With No Visible Screws

Some toilet paper holders may look like they have no screws, but the fasteners are only hidden under a plate. Here’s how to remove them.

Inspect the toilet paper holder and locate the plate that covers the screws. Generally, all you have to do is pull it from the wall to reveal the fasteners.

Step 2 – Remove the grout or caulk

Contractors often use grout or caulk to reinforce the holders. Remove it with a putty knife if needed.

Do you still have questions? Check out the answers below.

Which way should an open toilet paper holder face?

The open end should be opposite of your pull direction, so the paper roll doesn’t fall as you pull the paper.

Can you remove a Moen toilet paper holder from the wall?

Yes, you can remove a Moen toilet paper holder from the wall with a screwdriver. Insert the screwdriver into the small opening at the fitting’s base and pull it towards you. Once you feel the tab disengage, you can simply pull the accessory off the wall.

Can you remove a ceramic toilet paper holder from a vanity?

How deep is a recessed toilet paper holder?

Depending on the model, most recessed toilet paper holders are between 1 1/2” and 4” deep. Regardless of their depth, they’re all removed, as explained above.

Removing a toilet paper holder with no screws isn’t complicated but will cause more damage than removing one that’s fastened with screws. Unless you’re giving your bathroom an overhaul, perhaps you should consider replacing it with the same type of holder or a model large enough to cover the damage.